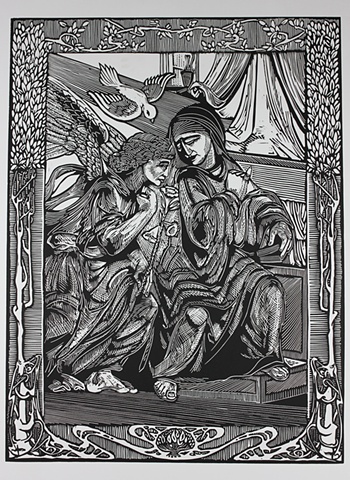 “The Bush was on fire but was not consumed, for the Son of God became man to save man and not to consume him. He became Man in the womb of the Mother of God, for the bush typifies Her”. (OSB pg. 68)

The wonder of the incarnation has always been one of my greatest comforts. The beauty of the conversation between the archangel and the virgin, her fearless confusion at his words and her unlflinching loyalty to the Lord.